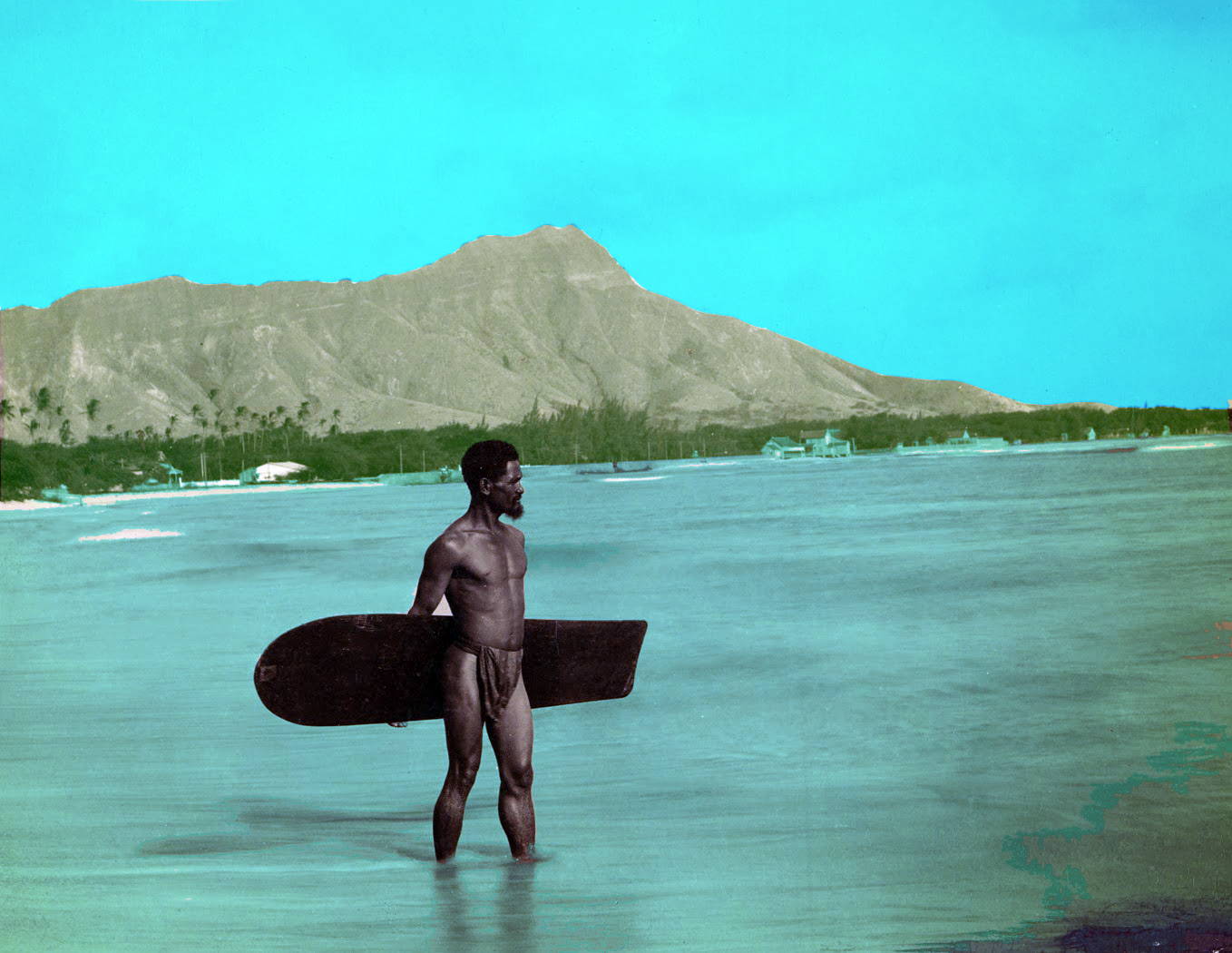 Although there are not finite details on the origin of surfing, it is believed that the first people to surf were the ancient Polynesians. First record that exists was that Europeans arriving to Tahiti on ship saw Polynesians surfing almost 300 years ago. So it was a Polynesian culture before the Europeans had visited these islands.

People with power were the privileged few who could surf the best beaches and use the best boards, common people were not allowed.

In Hawaii, surfing was part of religion and culture and surfing was seen as an art, the art of wave sliding, as they called it. They would pray to the Gods before entering the mysterious ocean. Priest would also help surfers, most of whom were Chiefs and warriors belonging to Hawaii's upper class, with the spiritual ceremony of making the actual surf board.

To make their surf boards, Hawaiians would select from different tree options; Koa, 'ulu, or wiliwili trees. They would bring the tree out from the ground and fill the hole with fish as an offering to the Gods. The board would then be made by hired craftsmen. Surfers who mastered the art of wave sliding became popular and gained respect in their villages.